I woke up in the morning ready to get on the mountain, but unfortunately I had some work to take care of, specifically a conference call, which ended up getting canceled a half hour before it started. What can ya do. I busted over to the resort and jumped on the gondola. I took some video, which I later accidentally deleted before it was uploaded anywhere. The saga of deleted or never recorded film continues. 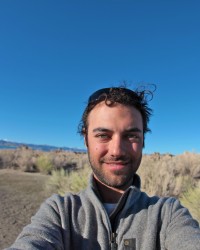 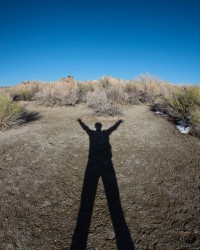 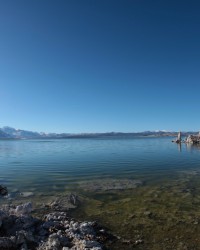 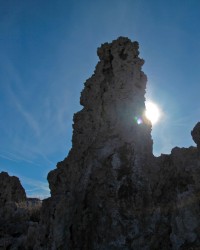 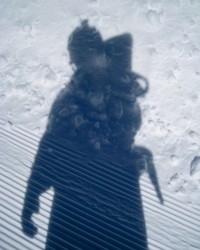 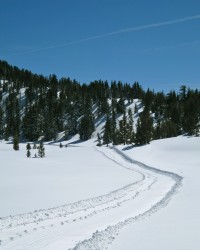 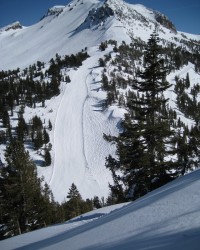 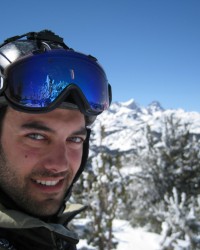 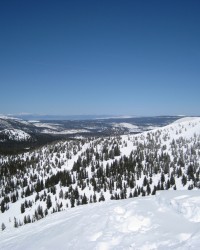 Because I got a late start, a lot of the snow in the main areas was already pretty beat up. I amused myself by doing some hikes in the trees by Chairs 12, 13 and 14, and found some pretty good stuff. It was surprisingly steep and untouched, but mostly because you had a hike, then lost a lot of vertical to get there. To finish up the day I hiked a peak I saw people going up last year, but was too chicken to follow. This year I hoofed it to the top, strapped in, and cruised down, jumping over rollers along the way.

Highway 395 goes right past Mono Lake, and I figured if I was out here, I might as well stop. I learned that the Tufa are fossilized springs, and that Mono Lake is the sister lake of the Great Salt Lake. Both have similar problems as many other inland seas – too much water being diverted elsewhere for drinking and irrigation. They are “trying” to fix it, but so far, no dice. The sky looked cool, as well as the Tufa formations, so I was glad I stopped to check it out.