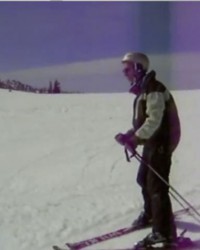 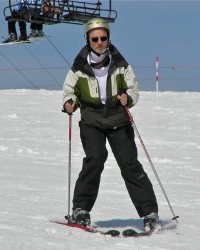 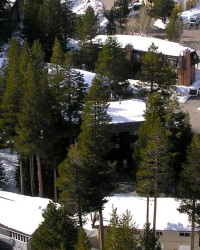 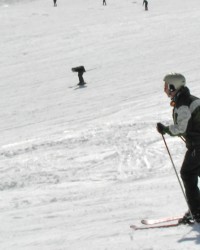 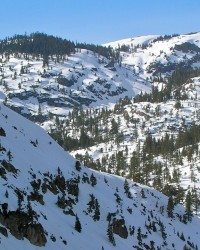 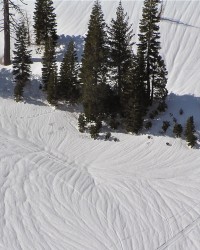 Freshly back from my whirlwind (depending on how you look at it, there was quite a bit of driving involved) tour of the southwest, I got back to San Francisco just in time for the parents to get to town. After a few days in the city, we made the trek up to Tahoe so that Herb could get some skiing in, with me providing as much instruction as possible considering I don’t know how to ski. My hope was that I could at least convey some knowledge about how snow works, since that was one of the things that was hard for me to figure out when I was learning to snowboard. That makes sense if you consider the most snow I had ever seen in my life was the “blizzard” of 1993 when Atlanta got 6″. Now granted, that is a lot of snow for the South, but it’s still not the same as a 100″ base.

Herb got a little bit of a slow start, but after a few runs he was looking pretty good. I was able to practice riding fakie (and was reminded why learning to snowboard sucks every time I caught an edge), and over all it was a good day with perfect weather. The downside is that we neglected to put on sunscreen, so there was a little bit of burning, and the snow was so deep I hit the top of a metal fence (6ft? 8ft) and put what I assume to be a fatal gouge in the Malolo.

Even though there was a ton of snow on the ground, I felt like this could be my last day of real riding in Tahoe, so it was nice to get up there. We finished up, met Sally at the base of the Tram, then busted it back to the city to eat dinner with Reagan, Matt and Sara, which made for a nice finish to the day.