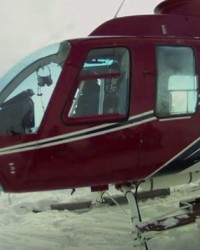 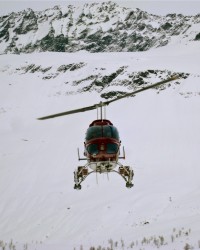 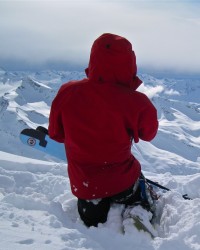 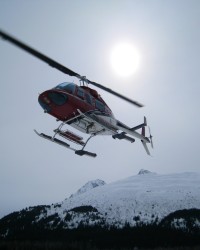 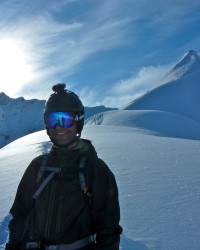 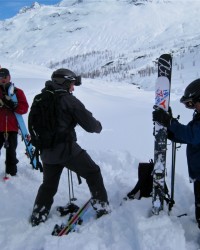 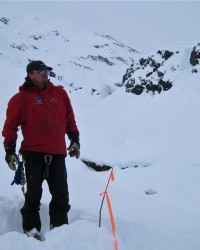 We finally got a break in the snow and were able to fly again, so Steve and I jumped on it, but were a little bummed to find out that we weren’t going to be riding with Stefan, who was paired with the French group. We were with Scott, who was a nice guy, but didn’t have much powder experience. According to our guide Virgil, it didn’t matter much anyway since we had received over a meter of new snow, and avalanche danger was pretty high. It did make sens though, we had come on the Costco deal, so we got to ride with the newbie. Again, no complaints at a day heliboarding, but it would have been nice to go bigger, although say what you want, Mother Nature doesn’t always have what you want in mind. We still got to hit some pretty long runs, and even though it wasn’t that extreme, who can complain about untracked pitches with tons of fresh snow?

We were in Brown’s Canyon again, but we got to hit some of the stuff that we hadn’t the first day on the helicopter, and though the pitches weren’t steep, we still got in a decent number of runs. At dinner we recapped the day with Stefan, and put in the word that we wanted to ride together if we ended up flying. That said, the weather looked like it was blowing in that evening, so there wasn’t a whole lot of optimism for getting another day, and I resigned myself to getting some work done from the hotel.