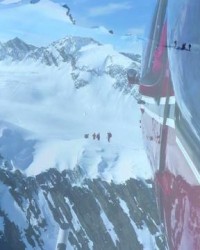 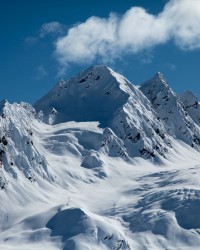 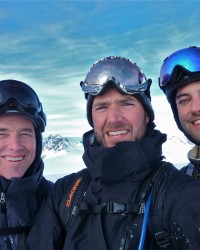 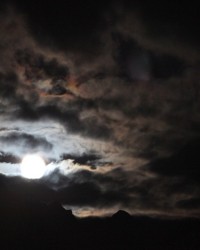 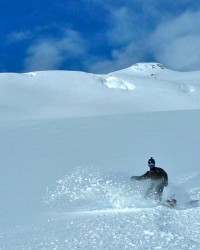 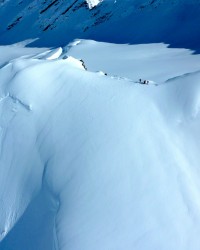 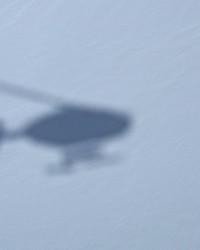 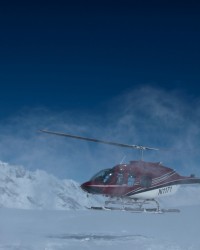 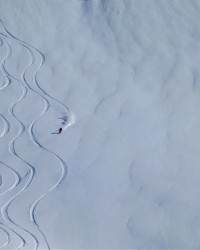 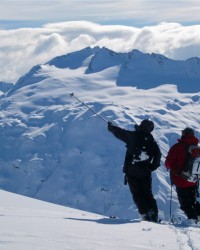 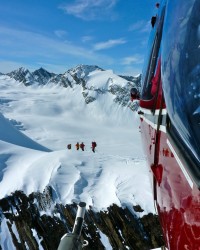 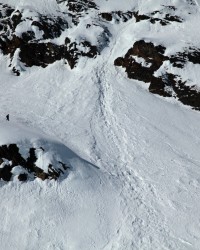 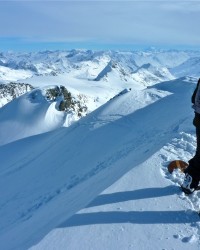 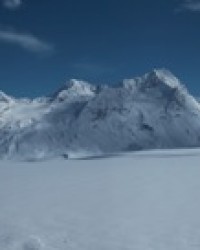 When I woke up in the morning, it looked a little hazy, but with the possibility of burning off. I had more or less committed to staying at the hotel and getting some work done, but then it started getting more and more blue as the sun rose. I rushed to grab my stuff at the last minute, and by the time we got to the heliport, the sun was out and the helicopters were ready to fly. We looked at the groupings, and it was just 2 in our Long Ranger piloted by George, and 4 in the A Star. Once again we had Stefan with us, with Virgil as our guide, and the other group had Darryl and Wes as the guide. Avalanche conditions were much better, as a bunch of stuff had already slid, but the danger was still very much there with so much snow. The last day ended up being the day, and we went pretty big. Unfortunately there were a bunch of peaks that we couldn’t get the heli down on, so and we ended up having to search around – the snow was just too deep. We decided to bail on the area we were in, and we ended up out on the glacier for a while while we shuttled. It was amazing how fast it got super cold when the sun went behind a cloud for a bit, and then warmed back up when it came out. Even at a low aspect, it still makes a huge difference.

Wes directed us to an area he had ridden with some private groups, and we started out on pretty steep stuff and ended up on extremely steep stuff. The first run took us down a face, and then across an area that was sluffing off, and then down through the avalanche debris to the bottom. A couple more runs in the area, getting bigger and bigger, until we got to Run 213, which was just one giant face with a cliff on the other side. A ton of vertical, and everyone had a great run down it – the best run I’ve taken. The video makes it look flatter than it was, due to the wide angle, but even it can’t make it look not steep.