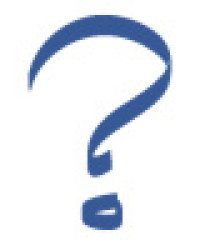 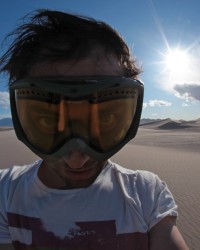 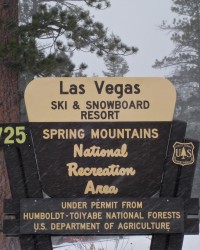 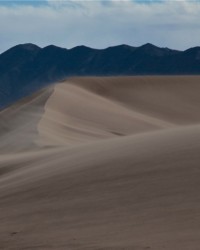 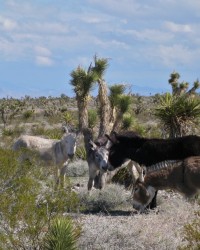 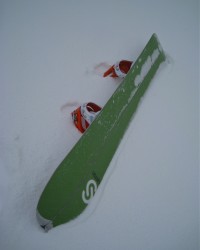 Who knew that just 20 minutes north of Las Vegas, you can actually go snowboarding. Nic and I drove down to Vegas for Andy’s bachelor party, and after 3 days in Sin City, I was pretty much ready to die. I got out of there as fast as I could, and it was nice to finally be back in the middle of nowhere. I had heard that there was a small mountain somewhere nearby, and I just happened across a sign pointing at a ski area. The sky was overcast, at least towards the mountains, and it was windy, but it wasn’t cold at all on 195, however the temp dropped fast as I headed up. All of the sudden I was really high up and it was snowing, so…

I dropped $40 on a small crappy mountain. It basically sucked, and had weird little ice pellets on top of ice. The guy at the bar said the backcountry was the real deal, but it was too dangerous to go unguided, and while I am inclined to believe him (my high was the most fun of the day), overall I just don’t know.

On the way back down I came across some wile burros, which was pretty cool. They weren’t having to deal with the 20 degree weather at the ski resort – it was all the way back to 55 once I got to them about 10 minutes after leaving. Crazy. I headed north again, and in the distance I saw some big dunes. I’ve always wanted to ride some real dunes, and figured this was why I have a Subaru, and headed out across the desert. It was further than I thought, and there were no real roads, just lots and lots of sand, so it started getting pretty sketchy. I finally made it out there, and while the actual ride was a little uneventful, I did get some cool pics.

I drove and drove and drove towards Mammoth that afternoon, and it was super desolate. At one point I went for 3 hours without seeing another human… they call it Death Valley for a reason. There wasn’t a single radio station that would come in, scanning on the radio just went around and around. After spending all weekend partying with old friends, it started getting pretty depressing. I went through deserts, mountain passes, canyons, eventually making it to Mammoth without running out of gas, only to not be able to get a hotel room. Yelp finally came through for me and I found a place with vacancy, and crashed out for the night.