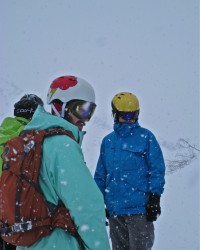 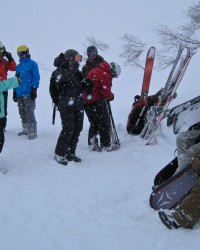 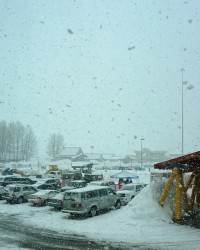 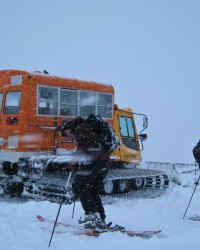 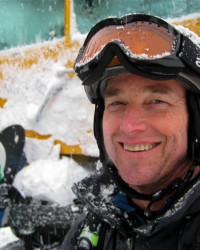 We woke up Saturday morning to a full on blizzard, but decided to head out to the helipad anyway and get in some cat skiing – we were in Alaska after all, and who were we to complain about a powder day, albeit one with pretty limited visibility. The day started a little rough, but once we went lower and got into the trees, it was actually pretty fun. We got to ride together in a group as the avalanche danger was less on the lower aspects, and the trees made it even safer. I took out the Burton Malolo 158, and it proved to be pretty fun and easy to navigate in the trees. We had to weigh in for the heli, so I know I was carrying 45lbs of gear, and the heavy snow did get a bit tiring, especially after hitting it decently hard the day before. I met a guy from Anchorage who’s name was also Justin, and he was on a Fish X, which also seemed to be pretty fun as the snow got deeper. I know I was bailed out more than once by the nose. We did about 11,000 feet of vert, and only got charged for 10k, so it wasn’t such a bad day when all was said and done.

The snow hadn’t let up when we were having dinner (which was actually really good, and definitely the best I’ve ever had skiing), so we weren’t all that hopeful for a fly day, but went to bed with our fingers crossed.