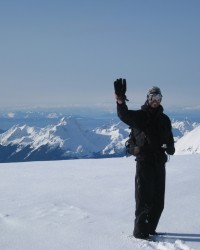 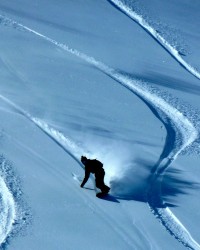 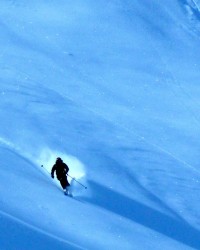 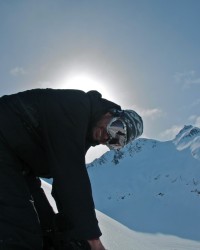 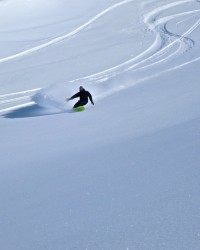 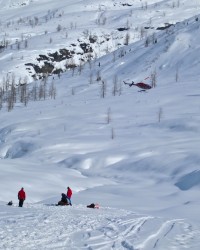 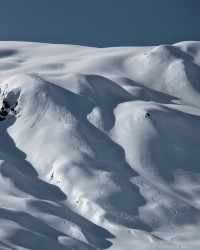 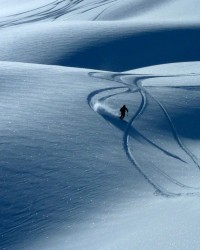 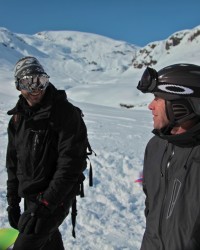 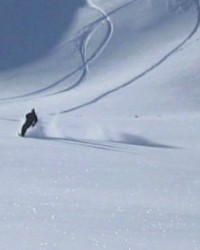 That was the voicemail I got from Steve, of DemoSport fame, and he was serious. With the snow season winding down, and business at the shop with it, Steve was finally about to make some moves and get some turns in of his own. Since I have a reputation for being the guy to call when you need someone to fly half way around the world with you on last minute notice, I got the call, and made the trip.

There really wasn’t much of a decision to make, since we got an incredibly good deal – buddy pass tickets on Alaskan Airlines round trip for $100, and a Costco (of all places) sale for 25,000 vert feet and 3 days hotel and food for $1000. We got 2 of the Costco packages, and 36 hours later (the voicemail ended up being slightly inaccurate), Steve and I were in Valdez, AK via SFO and SEA.

There wasn’t much fresh snow on the ground, but it was sunny out the first day, so we got to go up on the helicopter. The weather was looking unsettled, so it was hard to say how long we were going to get to go out, or if we would get to go out again on the trip. We were partnered up with a guy from Munich named Stefan, riding a Lib Tech 193 Doughboy, which is a very large board. I was just on the Burton Vapor 16, and not even set all the way back, so after adjusting my bindings after the first run, we had a pretty good day. Everyone showed they knew what they were doing, and it would have been nice to push it a bit more, but who’s complaining after a blue bird? We started with a run down a couloir that wasn’t that steep, but did have fun walls to play on, and then a few long runs down the glacier. We hit another Couloir that was much steeper and narrower, and uncovered a few rocks on the way down… at least it was steep enough that Steve was taken out by his own sluffage 😛