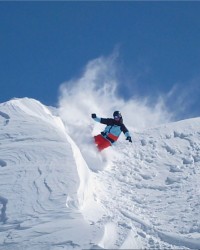 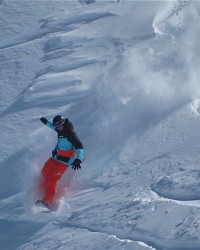 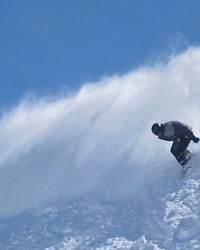 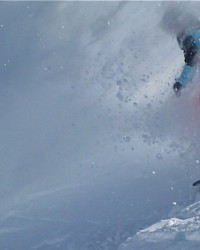 Really cold weather lead to some really light powder, and 19″ of it, so Andy and I headed to Alpine Meadows. We met up with Zachary shortly after, and then Jay and Reagan later in the day. I knew it was going to be a good day when you could hear the bombs going off in all the bowls and in Promised Land.

I tried to put together some of the video of the day, and while it’s still a little lame, it might be the best editing to date.

We hit Pete’s Peril first, then moved on to Scott, first the Chute then Promised Land once we met up with Zach. As things got more tracked out, we did a bit of hiking, starting with High Traverse into Sherwood, then behind Idiot’s to the top of Beaver Bowl. We got great snow they whole day, but the snow in Beaver was especially good.

Wrapped it up with beers on the deck, not so bad.