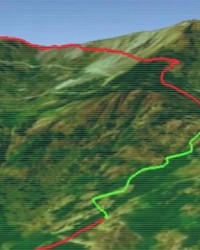 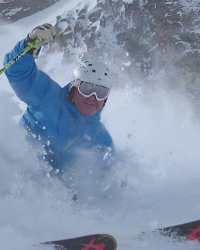 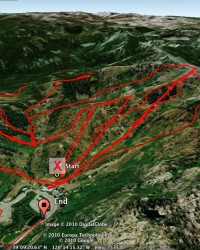 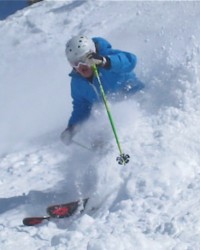 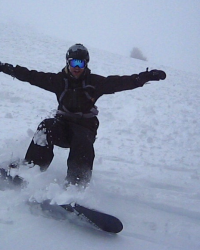 There’s starting to be a theme, as this is my 8th day at Alpine Meadows this year, and if you count Homewood, it’s the 11th between the two. Probably a strong argument to get a season pass next year.

I was settled in to get some work done, and even managed to get all necessary meetings taken care of. Luckily most of the work isn’t pressing, so when Javier gave me a call on Wednesday about a freakish temperature drop down to 9 degrees and a subsequent 30″ dump of snow, the decision wasn’t too hard. Ideally I would have been able to make the drive that evening, but I was super tired, and was having dinner with Hank, so I braved the 4:30am wake up, and made the long haul in the morning. Traffic was surprisingly heavy on 89 towards Tahoe City, especially if you were going to be making the turn towards Squaw.

Things got a bit lighter at Alpine, but by no means was it a typical mid-week day – people were definitely out getting turns. Javier arrived before I did, and although I was doing what I could to get on the slopes as fast as possible, the world was conspiring against me. As I tightened up my left boot, the upper lace broke (again), pretty much putting me out of commission. Luckily I travel with duct tape, so I yanked it down and ran around the top a few times, actually managing to get things pretty tight. Too tight I found out later when my toes went numb, but nothing to be done about that.

We did a few laps on Summit Six before heading to Scott, then eventually to the backside. Notably, I completely bailed on the cliff off the chute skier’s right of D-8, but got some nice shots of Javier coming down, as you can see. Promised Land was pretty sick, and there were lots of drops and untracked powder to be had all day. All in all a rousing success.