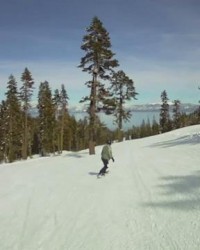 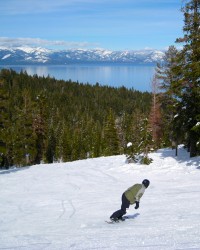 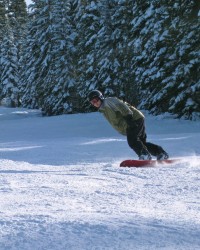 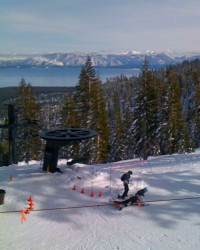 The day got off to a somewhat slow start since we were all fairly worked from the day before at Alpine, so there was some stretching, laptopping, and a trip to the Old Post Office before Jay and I managed to get our stuff together and put in a half day at Homewood. The weather was a balmy 45 degrees (otherwise known as hot), but there was still some fresh powder to be found in the trees, and in general everything was pretty soft.

Jay put in some time on the Quad chair, and I gave my likely useless suggestions on a few runs, and played around in the trees before trying to do a lap down Quail Face. I could have sworn it was open, but once I did the traverse the ropes and signs assured me that it most certainly was not. By the time I got back over to the other side, it was pretty much time to head back, which was just as well since my legs might not have been having much more.