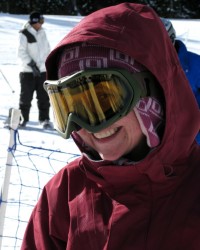 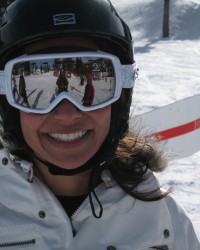 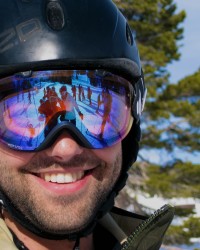 Despite being ridiculously hung over (I swore off whiskey), Reagan and Carolina managed to get me out of bed and over to Squaw Valley at a reasonable hour – I think we were even on the mountain by 11am. I was expecting pretty bad conditions, considering that it hadn’t snowed since Wednesday, and it had been pretty warm during the day with freezing temps at night, but I was pleasantly surprised – conditions on piste were actually quite good, and you could get some decent speed. I almost got my pass pulled for going too fast down Shirley Lake, and while I was going at a good clip, there was no one around and the patroller generally seemed to have a bad opinion of snowboarders.

We wrapped up the day on Red Dog, then spent 30 mins trying to get a beer at Le Chamois (for some reason the bar tender was a super dick and wouldn’t give us beer, likely because we pointed out that we had been waiting for quite some time). We did finally get served, then went to the Auld Dubliner for dinner – surprising good – and watched the football game on TV, though I only slightly paid attention.

A pretty good day considering how it all got started.