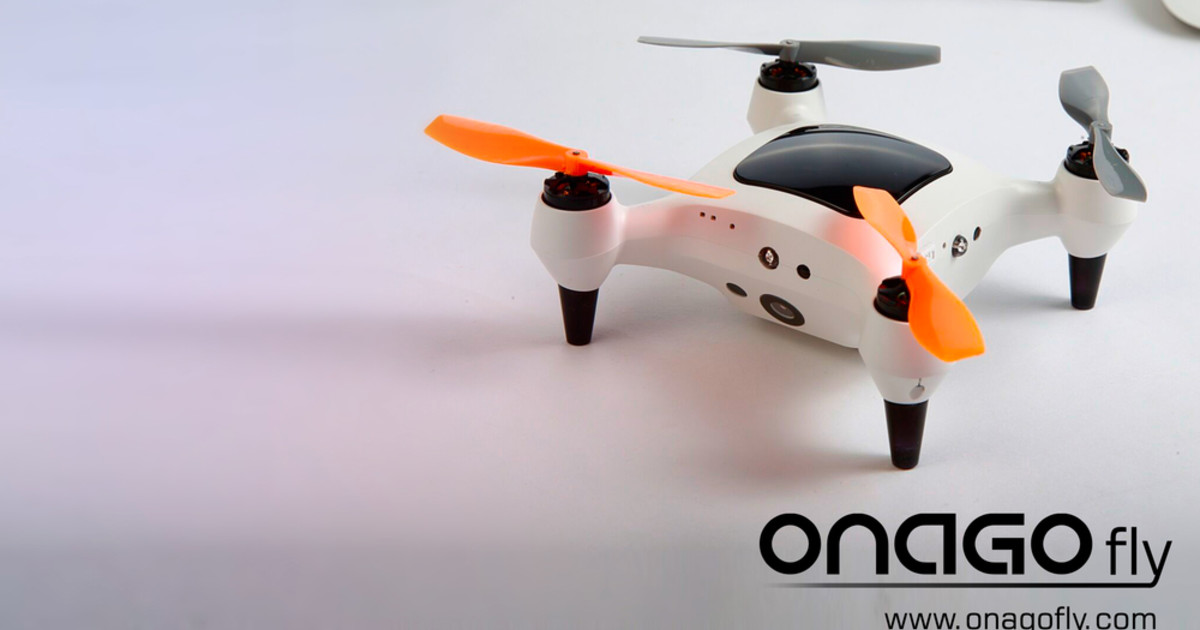 It is possible to update the firmware on an Onagofly micro drone on Mac OS X using the QGroundControl software. The download for the software can be found here: http://qgroundcontrol.org/downloads.

You will also need the firmware provided by Onagofly, which is currently version 630. The firmware (with modified file extension) can be found here: https://www.dropbox.com/s/7kwutj5dnbycr0k/ONAGOfly0630.px4?dl=1

This step is not necessary if you downloaded the firmware using the link in this post, but by default the firmware file is named ONAGOfly0630.ong. This means you will need to rename it to ONAGOfly0630.px4 as the QGroundControl app will only allow you to select *.hex, *.bin, and *.px4 files, and since we are uploading firmware to the Pixhawk PX4 FMU…

Leave the drone powered off, or disconnect the battery entirely if you are able, and connect a micro USB cable.

Without connecting it to your computer, start up QGroundControl. 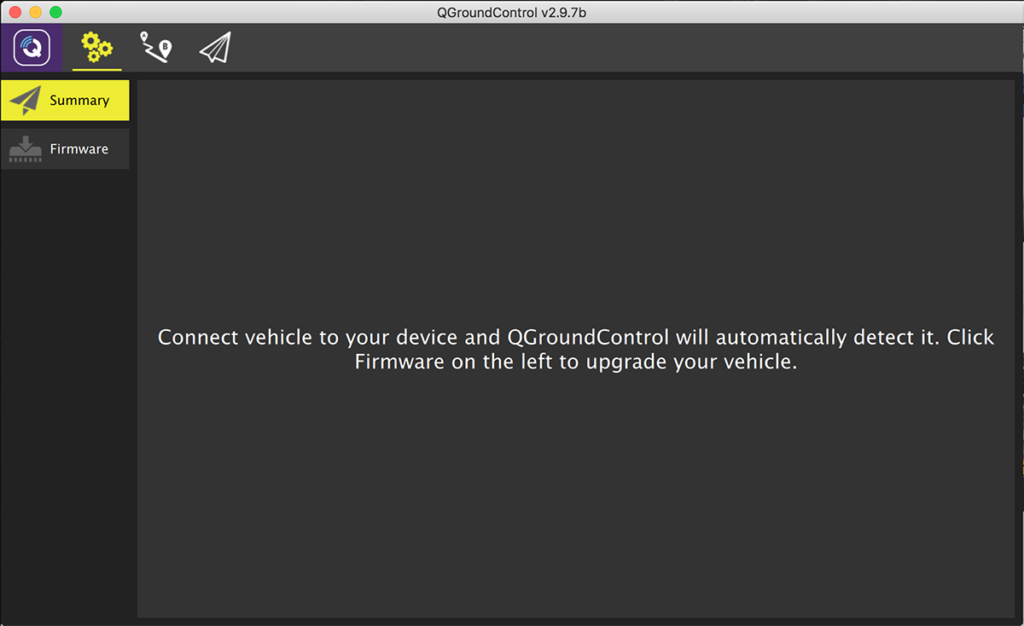 This is mode allows QGroundControl to update the firmware on the Onagofly. Plug in (or unplug and re-plug in) the USB cable to detect the Pixhawk flight controller. 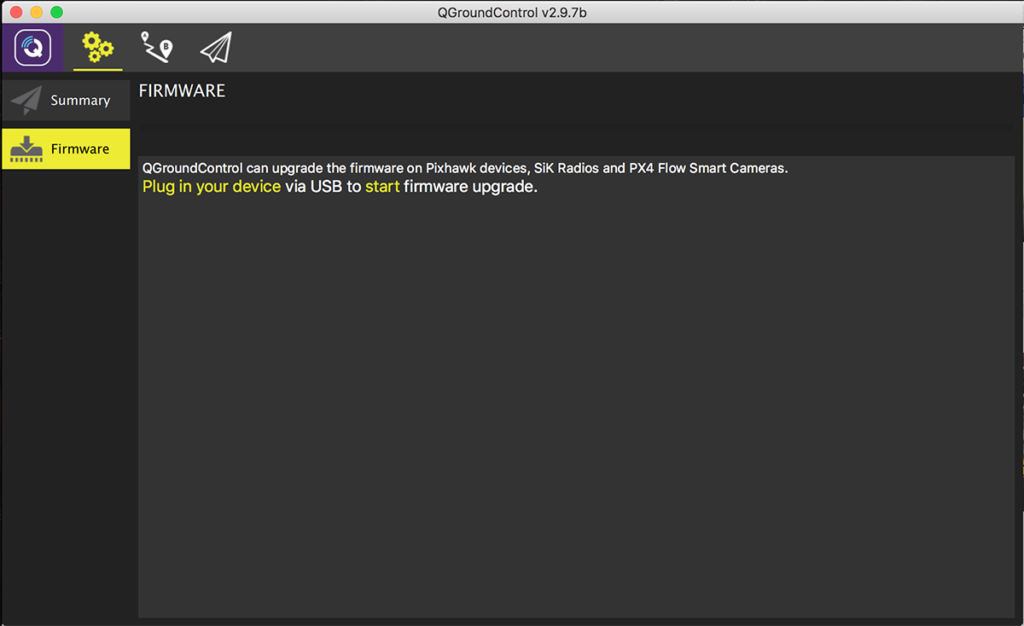 Once your device is detected, you will need to change the firmware settings to properly update using the Onagofly firmware, rather than the default PX4 or ArduPilot stack. 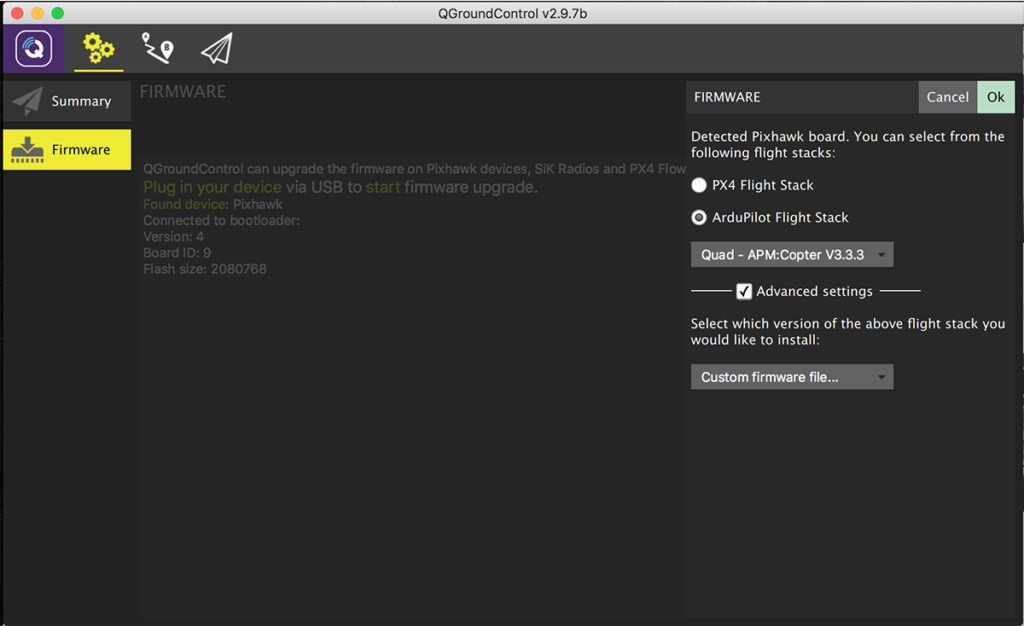 Navigate to the location of the ONAGOfly0630.px4 firmware file and select it. 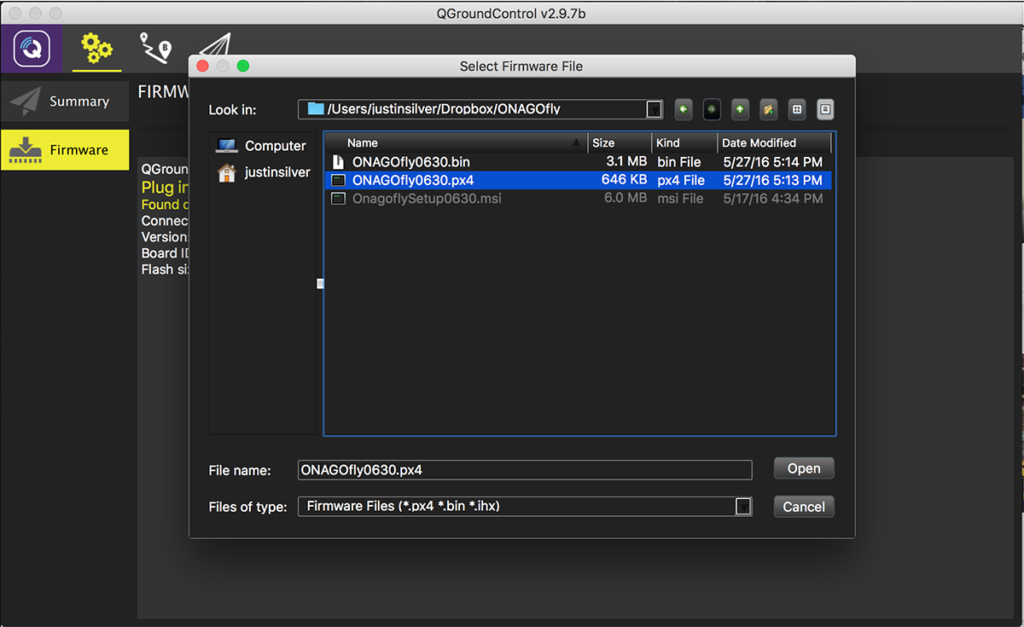 You should see some status updates followed by a message saying “Upgrade complete”. A few seconds later you should hear the startup noise, and the device will be detected by QGroundControl.

It took several attempts to get the firmware to properly upload, so if it is unsuccessful, try again. When I was finally able to load the firmware, I first loaded the Beta ArduCopter stack, then the Onagofly. Good luck!